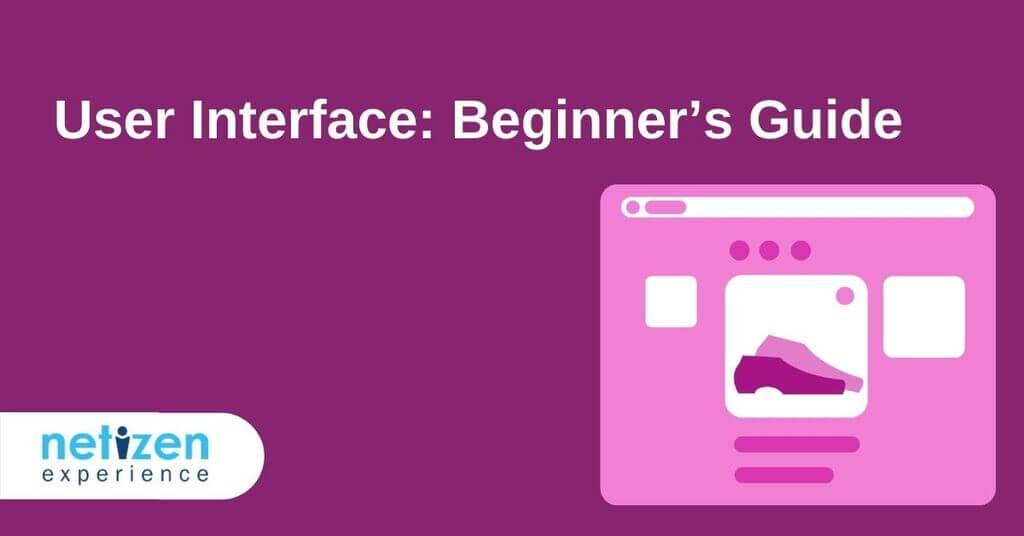 A user interface is the most essential element of a computer-based system.

If a user interface is poorly designed, users’ ability to leverage computational applications may be severely hindered. Actually, a weak interface can cause an otherwise well-designed and solidly executed application to fail altogether.

What is user interface design?

A user interface (UI) is an interactional point at which human users can communicate with a computer program, website, or application.

The central goal of an effective UI is to fundamentally make a user’s experience more straightforward and intuitive, requiring minimum effort to receive the maximum desired outcome.

That being said, user interface design is a discipline where designers build interactive interfaces in software or computerised devices, with a principal focus on looks or style.

In UI design, designers seek to create interfaces that users will find easy to use and pleasurable. It is commonly synonymous with User Experience (UX) design, which we shall expand on later.

Overall, UI design starts with identifying users, tasks, and environmental requirements. Once tasks have been extensively identified, user scenarios are then created and analysed to define a set of interface objects and actions.

This provides a foundation for the creation of a screen layout that depicts:

As the design progresses, elements like response time, error handling, command and action structuring are handled as the design model is refined.

The three key principles for the effective design of user interfaces are:

However, to achieve an interface that conforms to these principles, an organised design process is required that considers other supporting principles.

So, let’s break it down, shall we?

Why is user interface important?

A user interface is imperative to meet user expectations and support the effective functioning of any website.

A well-executed user interface facilitates effective interaction between users and a program, app, or machine via contrasting visuals, clean design, and responsiveness.

So, when designing a UI, it’s imperative to always consider the user’s expectations in terms of visual aesthetic, accessibility, and ease of use.

This is because an optimal mix of unique visuals and efficient responsiveness can improve a website’s conversion rates, since it anticipates users’ needs, and then satisfies them.

What is the difference between user interface (UI) vs user experience (UX)?

Often confused with user experience (UX) design, UI design mainly revolves around the surface and overall feel of an application or program.

Nonetheless, user experience and user interface are highly related and equally important, but their specifics differ. As we noted, UI focuses on the intended look and feel of the site.

On the other hand, UX spans the entire process of conceptualisation, interface development and delivery. To contextualise this better, let’s breakdown the main differences between UX and UI:

Read more in our article on “UX Design and UI Design – What Is the Difference?”

Tips and techniques for creating a good user interface

Overall, an effective UI design should always support a positive  UX. Essentially, it should have an attractive appearance, a coherent structure, and be easy for users to understand.

Furthermore, even after the UI design is perfected, there will be some debugging and fine-tuning required once it goes live.

To get the best outcomes, ensure to follow these tips to create a compelling user interface:

User interface design is like working on a blueprint for a house that is not complete without a representation of doors, windows, or utility connections for water and electricity.

While it’s true that user interface design has advanced, one still encounters user interfaces that are inherently difficult to learn, use, confusing, and in many cases, very frustrating.

Yet, a designer spent time and resources building the interface, and it’s not likely that the designer created these problems purposely.

To avert such instances, user interface design should focus on the study of people as much as technology issues.

For example, who is the user, and how does the user learn to interact with a new computer system?

Or how does the user interpret data generated by the system?

What will the user exactly expect of the system?

These are some of the many questions that must be asked and answered during user interface design.

Reach us at Netizen Experience for UI/UX design services in Malaysia.

A great user experience is paramount to any mobile application.  After all, nobody likes an application that is horrible to navigate, right? A deep understanding of one’s target audience is mission-critical to creating an exceptional user experience (UX).  One...

Due to the proliferation of mobile devices, information available to humans keeps growing on a daily basis. The more data we have, the harder it is to sift through to find what you need.  Fortunately, a well-thought-out information architecture (IA) can help...

With a large majority of people working from home since 2021, we have had to find suitable remote solutions. Whether it's for meetings, projects, user research or just a quick catch-up. UX Workshops are now having to be done remotely as well, and design thinking...

Why Personalisation Matters in User Experience?

Web development has progressed by leaps and bounds since the beginning of the World Wide Web. In the early days, website designers did not need to worry much about how their sites appeared to different clients.  This was because most users would access websites from...